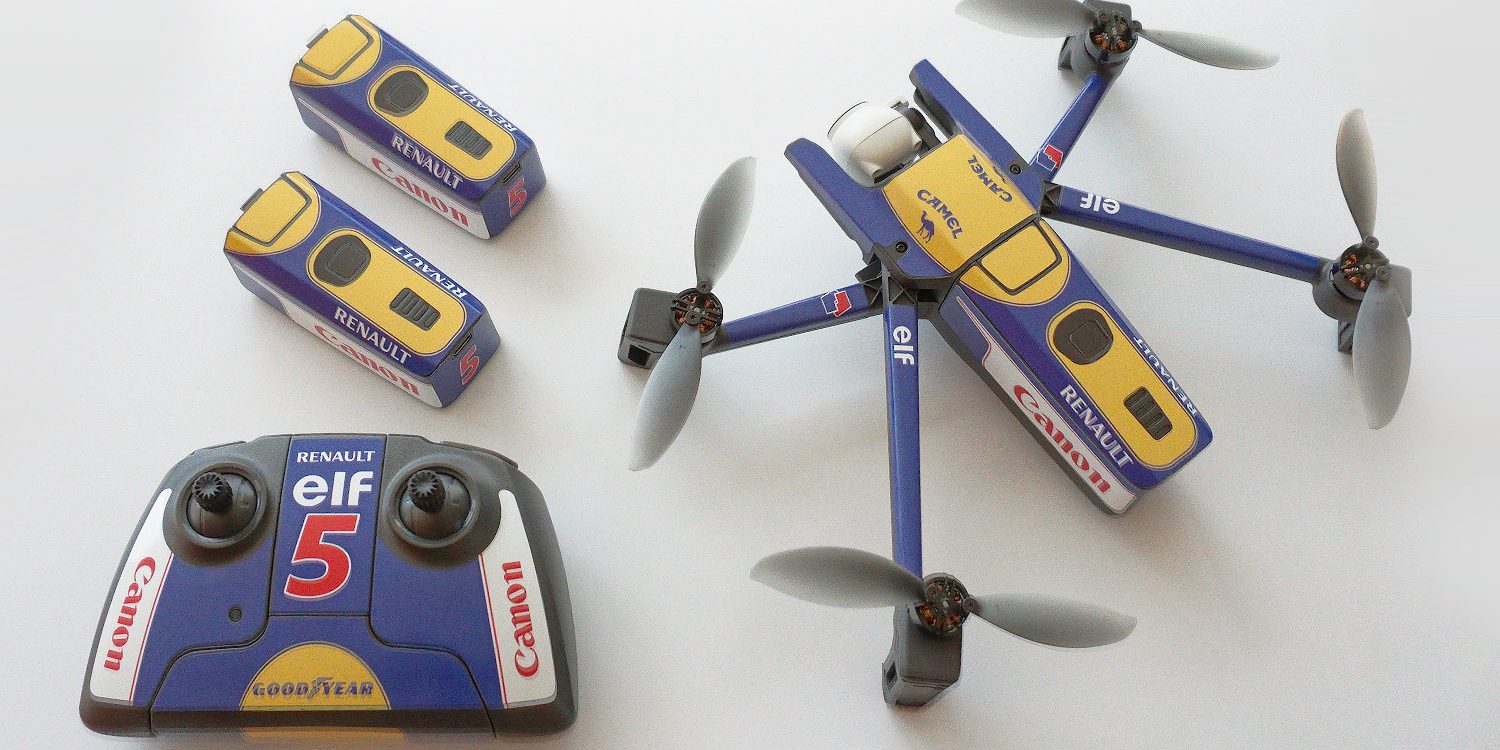 In Formula 1, 1992 was the year of the designer Williams and his exceptional driver, the British Nigel Mansell. Out of 16 Grands Prix races, Mansell and his British team won nine races. The decisive factors were three factors – top speed, maneuverability in the corners and a pilot who knows how to handle factors one and two perfectly. Well, do you drone friends out there somehow feel familiar? This drone skin was commissioned by a true Formula 1 fan.